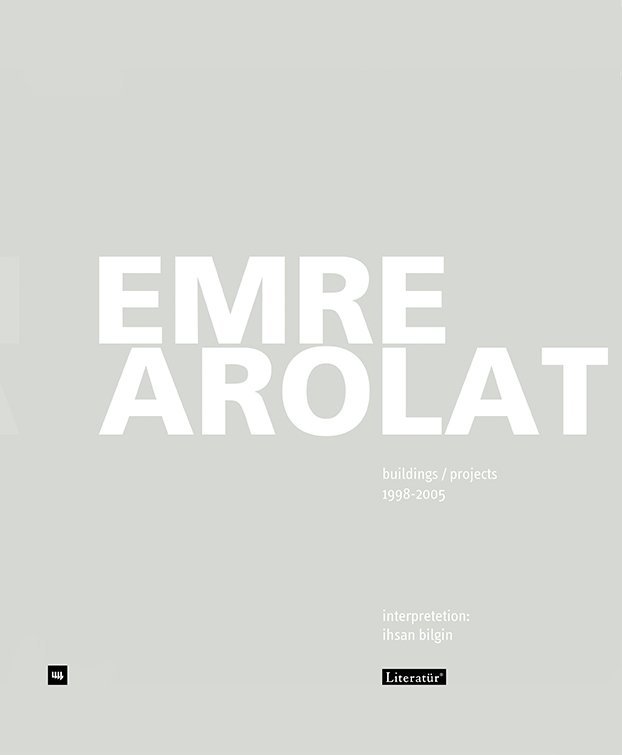 Published in 2005, Emre Arolat Buildings and Project is the first monograph on the buildings and projects of the practice. As this book went to press, Arolat was an emerging architect in his early 40s. At that time, many critics affirmed that he had reached a stage where he started to manifest his own identity and to indicate the acquisition of a new voice after his long career at his parents’ practice, Arolat Architecture. The book highlights thirty-two projects across Turkey, Belgium, Hungary and Tunisia. The first volume of the compilation of his works also includes one of his first internationally recognized buildings, the Mies Van der Rohe Award for European Architecture winning Minicity Theme Park project.

İhsan Bilgin started his academic career in 1982 at Yıldız Technical University and had been at Bilgi University where he was the director of Master’s Program in Architectural Design between 2004 to 2020 until he passed away. He led workshops and conducted research on the history of contemporary residences, settlements, buildings, developments and on modern architectural culture His articles and papers regarding these subjects were published by Metis and Kanat Publications. He had written monographic reading and criticisms on many architects and buildings.

I believe Emre Arolat is among the first ten architects to strengthen our hopes that Turkish Architecture, which has not been realized enough yet will open to the international architectural community.”