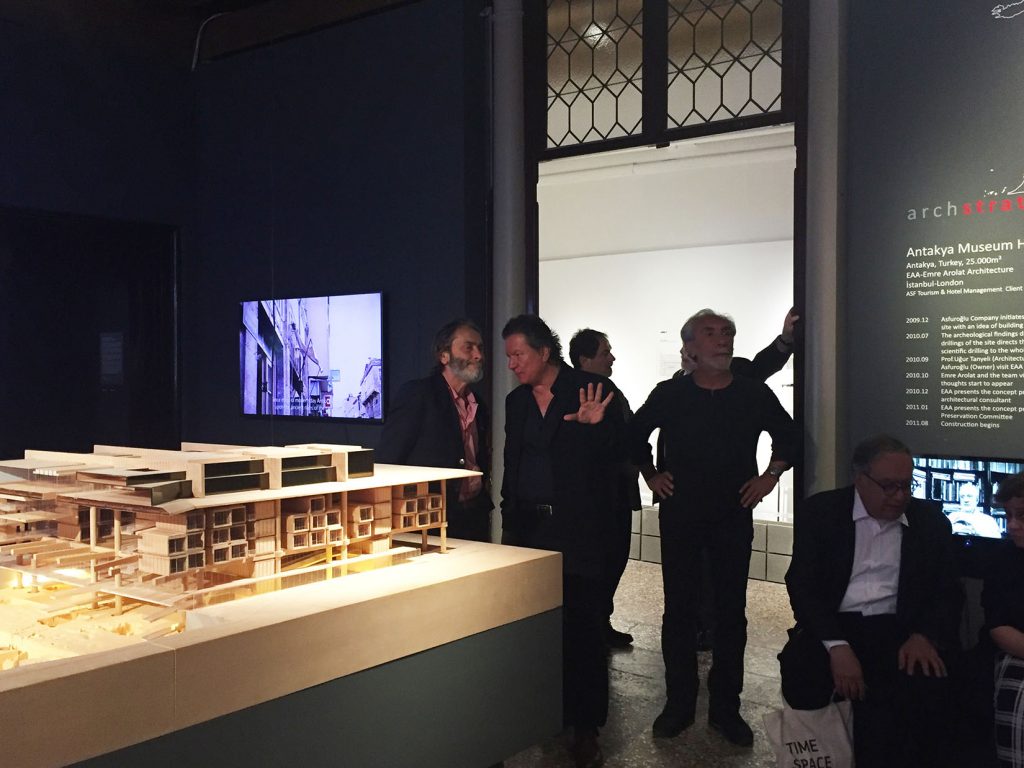 First thing we do will be to go to the Arsenale with my friends who have arrived a couple of days ago. It is time to leave the exhausted and reckless attitude behind. I am really curious about the performance of Darzana, the only actor of the Turkish Pavillion, as an installation piece. The photos I have seen are quite promising. When I had first heard of the project, I had thought that its conceptual background was quite strong. A nice gesture from an old and unused shipyard Haliç to Arsenale, another old shipyard which embraces a different identity today.

Although I have not yet seen the exhibition or the Darzana itself, I can easily talk about the reception given in the honour of it in the magnificent ballroom of Hotel Monaco.

It was quite an impeccable reception apart from the heat as it got more and more crowded and the risotto which was a little more runny than it should have been.

The architectural celebrities of our neighborhood were there in full force. The art world owes a lot to Istanbul Foundation for Culture and Arts. However I really was not expecting to see Paul Finch coming in in the middle of the evening with his witty look on his face. It was a great surprise as I am always delighted to chat with him. Also Suha Özkan, the Paul Finch of Turkey without any doubt, was with us as well. Another moment of surprise was to see David Chipperfield. When I remembered he was one of the many architects working for the renovation of Haliç, everything fell into its place.

Leaving the reception early, we steered towards Rialto, for the vernissage of our exhibition, the arch l strata l antioch in Time Space Existence. A couple of my architect friends wanted to tag along and we were almost 15 when we were out the door. Taking quite a detour with Prof. Uğur Tanyeli’s guidance, we reached Bembo in full sweat. I will talk about the exhibition later. Let’s see what today beholds!